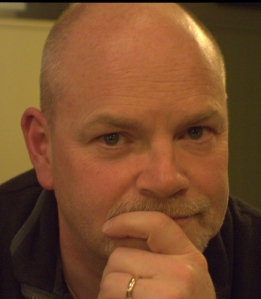 I’m an IT Architect, working for IBM in the United Kingdom as a Cloud Advisor. I’ve spent most of my career working for them in a variety of roles ranging from product development & test, through consultancy & services, to technical pre-sales roles. I have a base at IBM’s Hursley Park development laboratory in Winchester, though I tend to be pretty mobile, and find myself commuting into London most weeks.

I’m fascinated by the intersection between business and technology, where business finds novel ways to use technology to improve their effectiveness, and novel technologies force businesses to re-evaluate the way they operate. I specialise in the commercialisation of emerging technologies, from the introduction of messaging based paradigms back in the early 90s, through e-business and the .com boom, to Pervasive Computing, HPC & Grid Computing, and most recently Cloud Computing, Analytics and IBM’s Smarter Planet (the Internet of Things).

I have a steadily growing portfolio of patents and publications to my name, enjoy presenting on a variety of subjects at conferences, represent IBM in its strategic relationships with a couple of Russell Group universities, and am committed to the mentoring and professional development of my colleagues.

Outside of work I’m happily married with three daughters, enjoy tinkering with my home network of computers, and trying to keep our small fleet of vehicles on the road. I’m currently relearning how to sail.

Unfortunately I was diagnosed with bowel cancer at the beginning of 2009, and much of this blog relates to my battle with this disease that still kills over 40% of patients. Although things have improved enormously over the last couple of years, I’m conscious that despite being the 4th most common cancer in the UK, finding first-hand information about bowel cancer still isn’t always easy. I hope that by documenting my experiences here I can at least help some other people deal with this disease.

I’m hopefully now coming out the far side of my battle with the cancer. I’ve been through the diagnosis, had radiotherapy and extensive surgery (which left me with a temporary ileostomy and an enormous scar!), had six months of chemotherapy, and had my ileostomy reversed. Unfortunately, the radiotherapy badly inhibited my healing, and I developed a leak at the join in my colon that formed three abscesses in my pelvis. This eventually started to impact my kidney function, necessitating a permanent colostomy to resolve my problems.

It’s now over five years since my cancer was removed. I’ve been through five annual check-ups, looking for signs of the cancer returning, and so far I am still cancer-free. However, my reduced ability to heal (thanks again to that radiotherapy) has meant that the perineal wound from my colostomy has failed to completely heal, leaving me with an open wound to manage. My doctors are currently focusing their efforts on trying to resolve that with some novel treatments.

These days I tend to mostly post about interesting aspects of technology, only posting the occasional update on my health. I rarely post more than a few times a month, so if you’re interested in hearing what I’m doing more frequently than that, and can cope with my somewhat pithy commentary on life, then feel free to follow me on Twitter, where I am @rmappleby.